DOES SHE NEED AN INTRODUCTION?

Probably not. We speak of the G.O.A.T., or greatest of all time.

In men’s tennis, is it Roger Federer? Rafael Nadal? Someone else? In golf, is it Jack Nicklaus or Tiger Woods? In basketball – could it be Michael Jordan, LeBron James, Kobe Bryant? How about Larry Bird?

All of this can be nothing more than conjecture on the part of sports fans. But we love to make these comparisons.

Based on achievement, Serena Williams is generally considered the greatest female tennis player in history. This is based on the following: 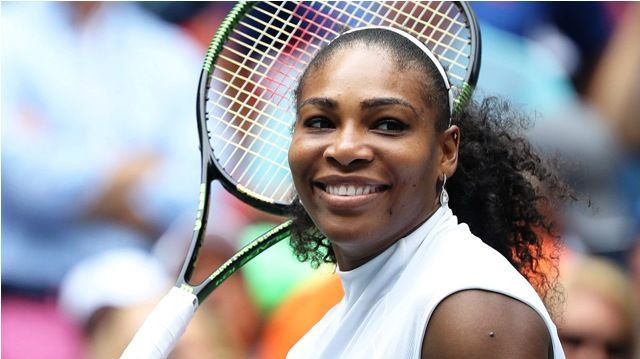 I can distinctly remember when Venus Williams first appeared on the professional tennis scene. At that time, Serena was found in the stands, cheering for her sister. I wondered if Serena was also interested in tennis. We all soon found out.

Serena was born in Saginaw, Michigan and was the youngest of one full sister, Venus, and 3 half – sisters. Her family later moved to Compton, California, where she began to play tennis at age 4. At age 9, Serena found herself in West Palm Beach, Florida. She soon established a ranking of # 9 for girls under 10 in the state of Florida.

By the age of 16, Serena had left the junior tournament trail and was beginning her professional career. In 1997, she had wins over two top 10 players, Mary Pierce and Monica Seles. She finished the year ranked # 99 in the world.

In 1999, Serena win her first professional title, the Open Gaz de France, in Paris. Later that year, she won her first Grand Slam tournament, the U.S. Open. She beat Martina Hingis in the finals. Serena was the first African – American woman to win a Grand Slam title, since Althea Gibson in 1958. This was only her second full season and she finished 1999 ranked # 4 in the world.

At 18 years of age, she was on her way. Here are a few of her subsequent accomplishments:

I had spent many hours watching Serena play. With a downturn in United States men’s tennis for a couple of decades, Serena was the hallmark of American tennis.

My impression was that Serena was somewhat stocky, very muscular and prone to weight gain. I had seen her enter tournaments seemingly too heavy in the first round and then look sleek and fit by the finals. This was most likely a misimpression on my part and could even be a consequence of how she dressed.

The image below does not show me an overweight, stocky woman, rather a supremely fit athlete. Serena is listed as 5’9″, weighing 155 pounds. Her abdominal muscles are incredible. 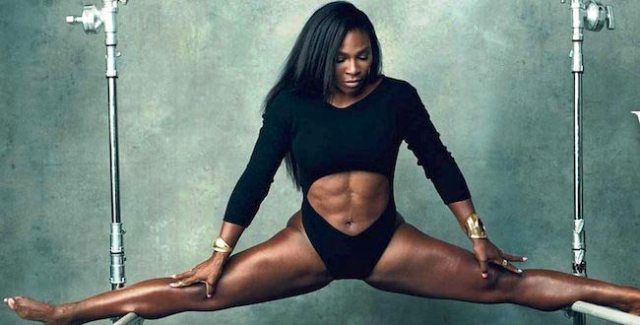 Serena works out to maintain good health and to protect herself from injuries. She works one body part per day for 3 days per week. Body parts are arms, glutes (or butt) and combined core and legs. Some of her favorite exercises are these:

Serena always warms up for at least 10 minutes before continuing with her workout. This enables her to avoid cramps.

Serena readily acknowledges that she does not like working out. She does it to prepare herself to be the best tennis player that she can be. She normally practices tennis for a couple of hours and then does cardio and strengthening for another hour or two.

She also does the following:

Serena considers an ideal nutrition plan to include 60-70 % carbohydrates, 20 % proteins and 10-15 % fats. Bear in mind that this is for a very active tennis player. She prefers several small meals during the day.

A typical day would include the following:

Serena has always been a powerful tennis player. She has the best serve in the women’s game and is capable of 129 miles per hour. Her ground strokes are equally effective, especially her two handed backhand.

She is fit and strong.

Serena is never “out” of a tennis match, regardless of the score at any time. She has made remarkable comebacks, often by continuous service aces and return winners.

Serena is well known for her inspirational quotes, such as the following: 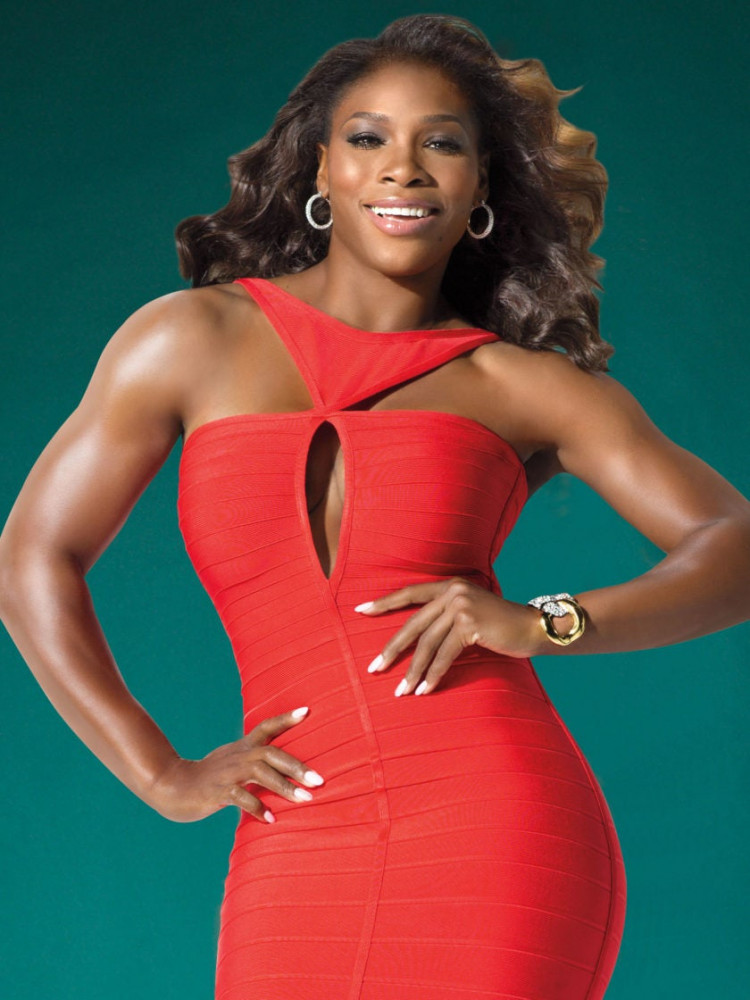