I was vaguely aware that “Rafa” Nadal had turned pro at the age of 15, but took little notice until the Spanish teen – ager defeated world #1 Roger Federer at age 17 in the Miami Open. In straight sets! Roger was in his prime at that time and lost very few tournaments, let alone matches.

Rafa was not your ordinary tennis player and he did not dress in a usual manner. He wore Capri pants instead of tennis shorts. His shirts were sleeveless and his arms were muscular. (His dress became more conventional later).

I was a big fan of Roger Federer and could see immediately that Nadal was destined to be just as good, if not better.

Rafa was relentless in his court coverage. He was able to hit winners after being run off the court by well – placed forcing shots that few players could even reach.

I had never seen a tennis player this athletic!

He was somewhat eccentric in his court habits. When sitting down between odd games, he would take care to line up his drink bottles and accessories in a very fastidious manner. Before serving, he would go through an unusual routine of touching his face and body in a precise manner and always in the same sequence. 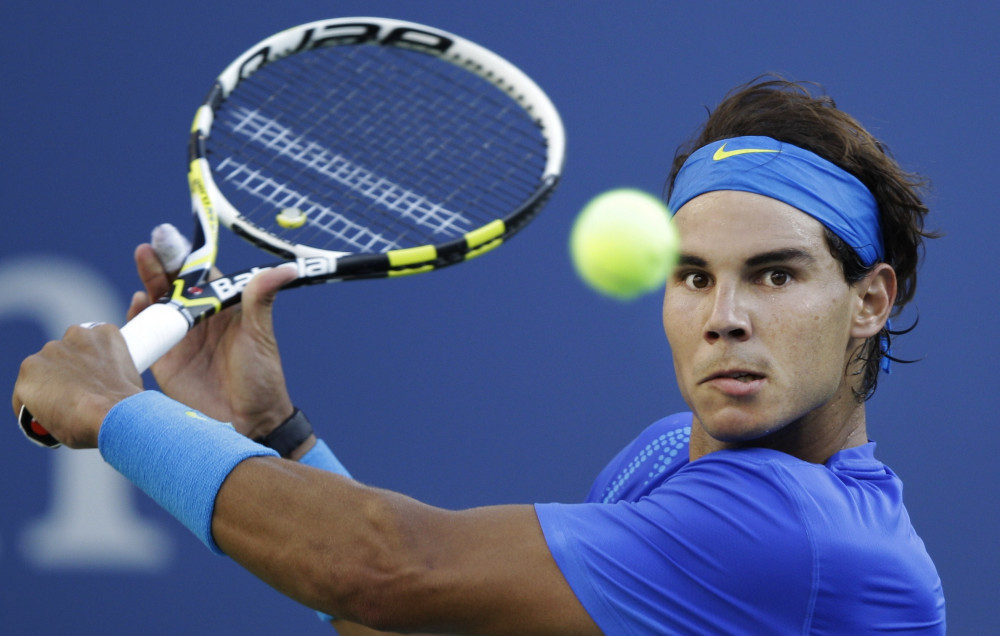 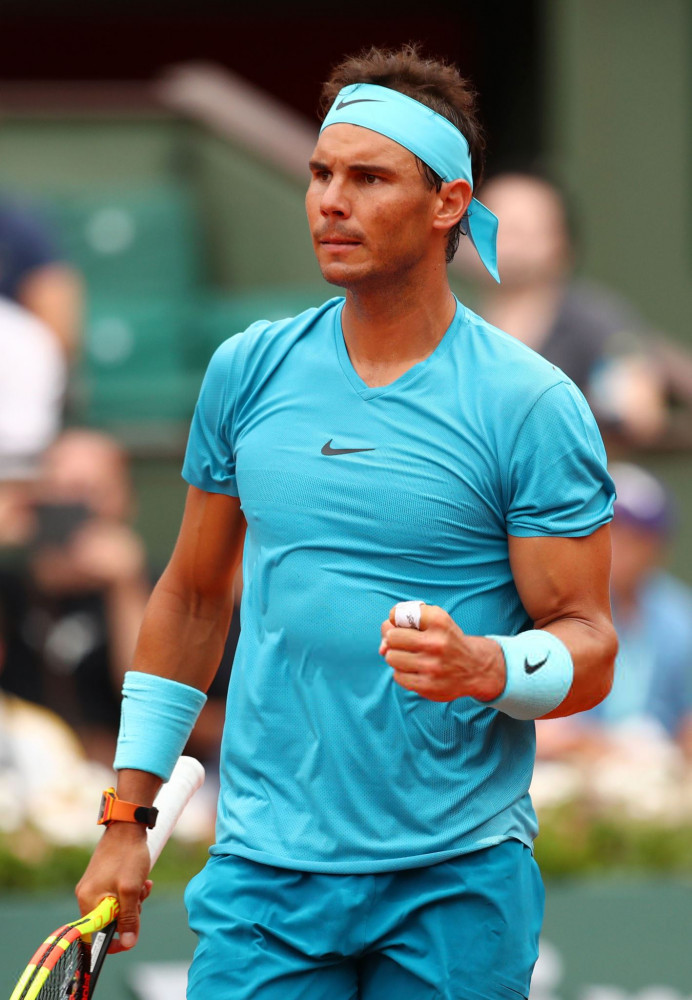 Paraphrasing Healthy Celeb, here are the component parts of Nadal’s workout program. These are in addition to his routine of practicing tennis for 4 hours daily:

Here are a few food favorites of Raphael Nadal:

Here are a few relevant items available via Amazon:

Rafael Nadal is now competing in the French Open and trying to win his 20th Grand Slam and 13th French Open.

At age 34, he is within a very short list of those who might be considered the GOAT, or “greatest of all time”. Roger Federer, Bjorn Borg, Novak Djokovic and Rod Laver may be in that same discussion.

Rafa is said to have had only one girl friend in his life, his now wife Mery. She is shown below. She is always in the stands when he plays and never looks less than beautiful. 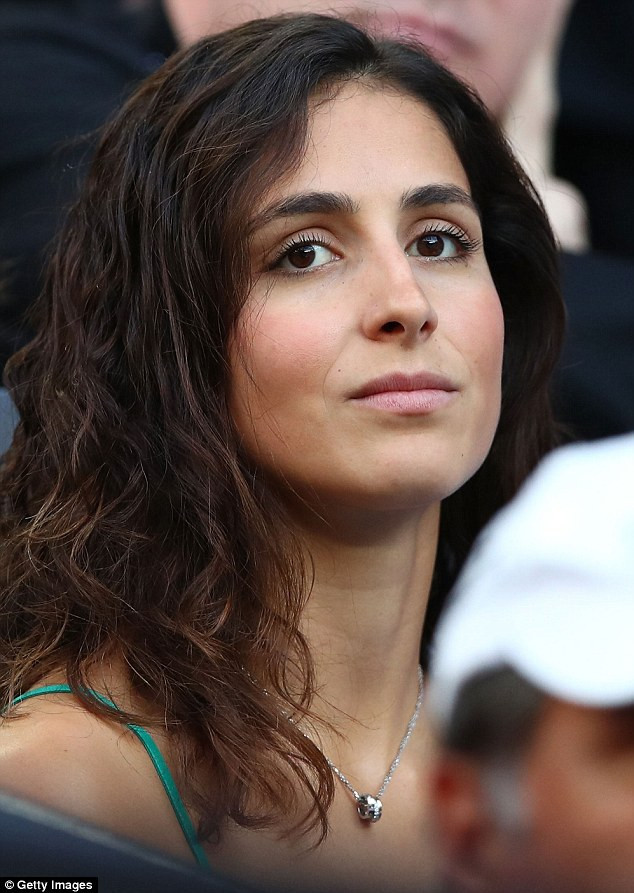 Rafa has always played an aggressive baseline game, with heavy topspin, especially on his forehand side. His serve and volley were at an earlier time relatively weak. No longer. He hits lots of service aces and/or winners and is now comfortable at the net. He often hits a flat backhand, cross court or down the line. At other times, he goes with a looping topspin backhand.

He has all the shots and no weaknesses. But he wins by an apparent force of will, accompanied by speed and athleticism.

He is heavily involved in charitable activities. His focus is primarily on youth programs and world – wide disaster relief.

Please leave me any questions or comments in the “Comments” section below. Or e-mail me, richard@myworkoutathome.com.