When I began “pumping iron” at age 18, the best advice I got was to do 3 sets each of about 5-6 different exercise movements. This program worked best for me. I had experimented with more sets and even more exercises, but cutting back a bit produced better results. My program was to work out 3 times per week or every other day (3.5 times per week).

My goal was to be fitter and to be more functional in sports. Very serious bodybuilding (working out for hours, shaving body hair, applying oils and posing) was of no interest to me. To each his own.

Later, I learned about split routines, such as:

I also became acquainted with working “to failure”, or doing one set and stopping only when I could not physically lift or pull any more. At times, this would be accompanied by “forced reps”, which meant that a workout partner would help me on the final reps. For example, he might place his hand under the bar to slightly assist on a heavy bench press.

Working to failure was a principle of Nautilus and its founder, Arthur Jones. I used Nautilus machines for several years and later used machines that were somewhat similar. Nautilus programs included negative reps after the positive ones and even instead of the positive reps at times.

A “positive” rep is best described as lifting or pushing something, while the negative aspect is to lower the resistance slowly or to otherwise return to the starting position. It was even said by Nautilus proponents that the negative part was more valuable in strength building.

I can remember constant conflict between Nautilus proponents vs. those who preferred free weights. It seemed to me that everyone wanted to espouse their own methods vs. anyone else’s. Thus, a newcomer might easily get caught between “experts” of opposing workout philosophies. And these “experts” seemed quite unwilling to grant credence to differing viewpoints. Where was the moderator ? The one who might say to a beginner “Do some push-ups, crunches and squats, then go outside for a nice walk. Then we will discuss your needs”. In other words, simplification.

Steve Reeves, perhaps the greatest bodybuilder of all, would work out his entire body 3 times per week. He primarily used free weights – no performance enhancing drugs. I suspect that his methods are rarely used today by professional bodybuilders. Steve is shown below. 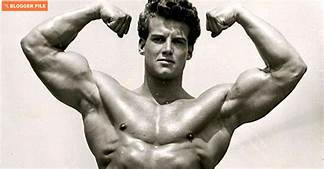 The first step in setting up a routine is to clearly establish our goals. We may be:

Here are a few suggestions: 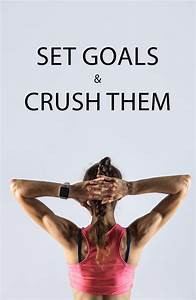 STATING THE CASE FOR ONE SET PER EXERCISE

I had recently been doing high reps per set, especially for my core – for example, 2 sets of 100 reps of crunches. This was becoming less than inspiring. I was not looking forward to grinding out all those reps twice.

It began to seem more beneficial to cut back to one set for these reasons:

I remembered the words of Nautilus founder Arthur Jones, who said that a good workout set should be more like a rifle shot than a shotgun approach.

Please note- I don’t favor one set over multiple sets except as a change in my current workout schedule. There is plenty of published guidance to support multiple sets per exercise. But, if one set is done to failure, there seems to be little reason to then do another one or two. This is the essence of High Intensity Interval Training.

Above all, please be open to differing workout routines that have worked successfully for others. 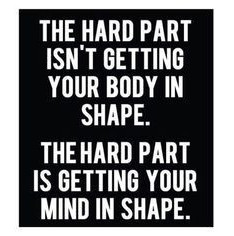 There are many sources of resistance for home workouts. First, here are a few from Amazon. (As an Amazon affiliate, I may earn from qualifying purchases). Check the links and scroll around for other options.

.Dick’s Sporting Goods has been my favorite resource for workout, tennis and golf equipment, as well as sportswear. The link provides access to their entire inventory, with discounts noted.

Bullworker products provide unique and high quality resistance equipment for home use. “Bullworkers” offer the capability for both isotonic and isometric movements. Their link takes you to their company website.

Finally, here are a few options for general health and fitness:

It seems to me that workout advice can often become too doctrinaire and too stubbornly offered. There are many ways and means to become fit or to otherwise improve one’s health. It is important to experiment with exercise forms in an effort to know what works best for us individually. Most routines will produce good results. Even the very basic – push-ups, crunches and taking a walk.

A fitness lifestyle is addictive. We may feel guilty if we miss a day or wake up with little energy. But there is nothing difficult or expensive about exercising our muscles or moving our bodies. And the rewards are plentiful!