LeBron James yesterday led his team to his fourth National Basketball Association championship. In doing so, he became the first player in history to be named finals Most Valuable Player for three different championship teams.

It seems to me that he has been doing such as this for at least 20 years.

Here are only a few of his career highlights, in addition to that included in my first paragraph:

I remember watching him play in high school. He was a man, playing against boys. No less.

In high school, playing for the St. Vincent – St. Mary’s football team, he was first team all – state and later was recruited by Notre Dame to play football. 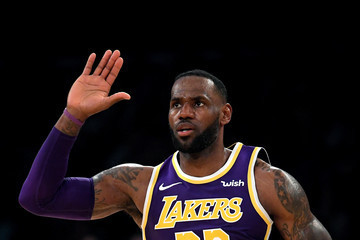 LeBron works out (hard) on Mondays, Tuesdays, Thursdays and Fridays. He rests on Wednesdays and week – ends.

Here is his basic program:

The above program is only a basic routine. He also does yoga and plyometrics (intense jumping exercises).

The image below shows still another challenging exercise. Like all fitness practitioners, LeBron will constantly change his workout program to avoid boredom. 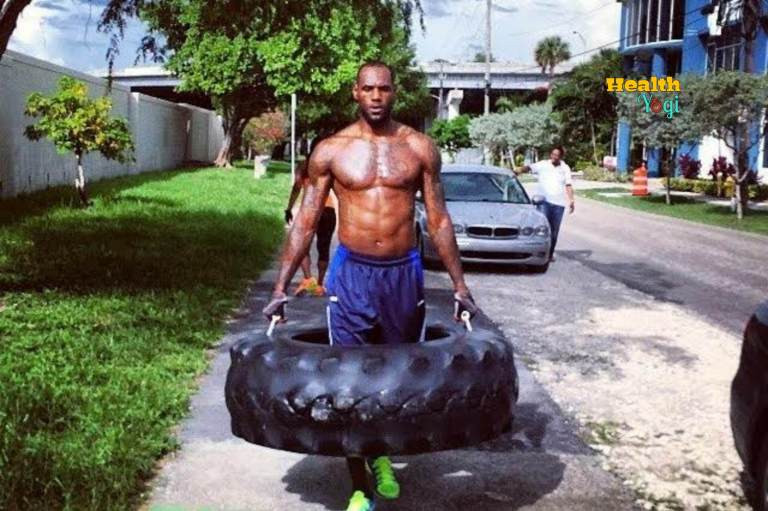 LeBron generally eats 6 meals per day, 2-3 hours apart. He likes to eat chicken and pasta on game days, since the carbs give him energy. He eats plenty of fruits and vegetables and minimizes sugars.

Here is a typical daily diet for LeBron:

LeBron supplements with a multivitamin and plant protein chocolate.

Here are some apparel and memorabilia items for fans.

LeBron married his high school sweetheart, Savannah Brinson. They have two sons – LeBron, Jr. (or Bronny) and Brice – and a daughter, Zhuri.

He was listed by Time Magazine as one of the 100 most influential  people in the world.

LeBron is now working with Michelle Obama on a project to promote early voting. 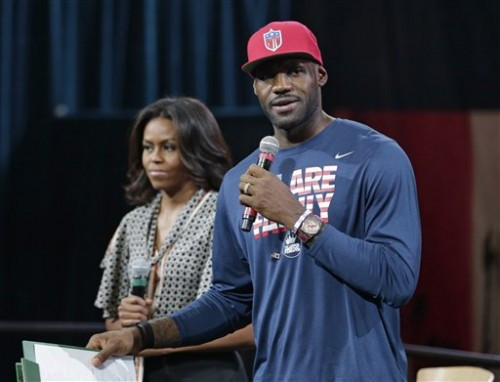 LeBron has signed endorsement contracts with these companies:

He supports these non – profits:

LeBron’s charity is the Lebron James Family Foundation. He endowed the “I Promise School” in Akron for struggling elementary school children.

In 2017, he received the J. Walter Kennedy Citizenship Award for community service.

Is LeBron James the G.O.A.T. (greatest of all time)? Or is Michael Jordan? Or the late Kobe Bryant? All 3 were complete basketball players. Each could seemingly score at will. They were all great passers and great defensive players. Each could make crucial shots, even against defenses that knew they would be taking those shots. Most significantly, each was “team oriented” in his approach to the game.

Let sports historians worry about the GOAT label. It is always fodder for the opinionated. They were all great.

Please leave me any comments of questions in the “Comments” section below. Or email me, richard@myworkoutathome.com.