Dick’s Sporting Goods was established in 1948, when Richard Stack borrowed $300 from his grandmother to open what was initially a bait and tackle store.

At this point, Dick’s is the largest retail sporting goods store in the United States, with approximately 854 stores and 50,100 employees (as of 2020).

The company opened up Field and Stream stores in 2013 and has 35 such stores thus far. Dick’s also has acquired Golf Galaxy, Golfsmith and Sports Authority. 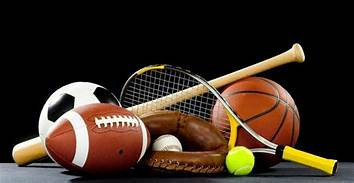 The Dick’s Sporting Goods Foundation has committed up to $145 million for the benefit of youth sports initiatives across the United States.

In 2018, the company stopped selling semi-automatic weapons, in response to the school shooting in Parkland, Florida. Dick’s is now gradually removing all guns from its stores, as part of a multi year initiative.

I have found that the company has the most complete inventory of all similar athletic goods sources, as well as the best service and pricing.

I am now an affiliate of the company, which means:

My role is not unlike someone checking out a customer as he or she picks out items.

Here is the link to their entire inventory.

Note the Father’s Day specials! Also, you may easily browse through all their departments and examine the items that are of particular interest.

Let’s get outdoors and generally increase our level of physical activity!